Finger Lakes wines are having a moment – WXXI News 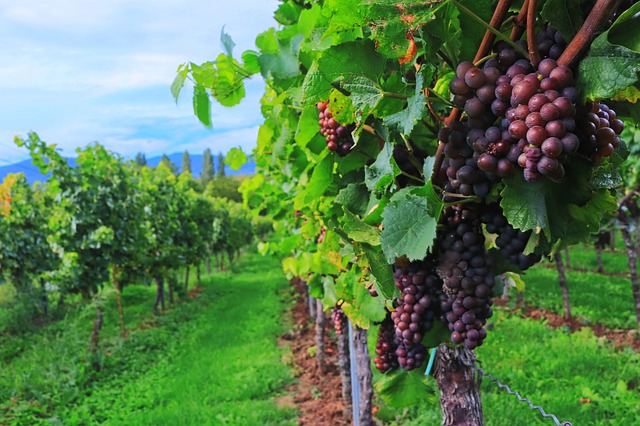 Since serving as the setting for Sophia Coppola’s “Lost in Translation” in 2003, the Park Hyatt Tokyo has found a new audience in the form of film buffs who want to see where Scarlett Johansson and Bill Murray found an on-screen spark.

There, on the upper floors of the Shinjuku Park Tower, among the tallest buildings in a city of skyscrapers, hotel guests will find breathtaking views of the Tokyo skyline and Mount Fuji, a stunning indoor pool, and a world-class restaurant.

They will also find a Finger Lakes riesling on the menu.

After decades of trial and countless errors, the Finger Lakes wine region has achieved a kind of breakthrough on the world stage. Its wines, particularly its rieslings, are cracking global top 100 lists in record numbers and being compared by critics to the best being offered in Germany and Austria, the birthplace of rieslings.

“In the past, it would have been niche to even understand that New York had a serious wine region,” said Chris Grocki, a restaurant industry professional who has consulted on wine lists for some of the most exclusive establishments in New York City and California. “Now, it’s a given in upscale and fine-dining restaurants.”

How a riesling cultivated in Yates County ended up on a Tokyo landmark’s wine list is a story of grit and determination, two words that shatter the romantic notions many wine lovers have about vineyard work.

“In the past, it would have been niche to even understand that New York had a serious wine region. Now, it’s a given in upscale and fine-dining restaurants.”

Wine grapes are not like table grapes. They are sensitive and easily offended, particularly by rain and humidity. Fifty years ago, when a European immigrant was looking for the best variety to plant in Finger Lakes soil, a local farmer replied, “Try green beans.” The tale might be apocryphal, but the lesson has remained the same. Viticulture is not for the weak-willed.

This distinction of arriving as a global player does not come in the mail. It does come, perhaps, with a phone call.

Fred Merwarth, the winemaker and co-owner of Hermann J. Wiemer on Seneca Lake, got the call in October, when he was in the middle of a particularly obstreperous harvest. On the other end was someone from Wine Enthusiast informing him that he was going to be the magazine’s Winemaker of the Year.

The magazine, which has traditionally focused on high-wattage wine regions in California and France, had never bestowed the award on a New York vintner. …….